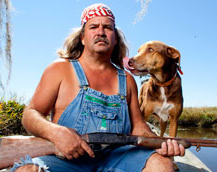 Highdrater is a player from the NA server who is regarded as a Tier 1 Player. Originally a pubstar, he transitioned into the inhouse scene during 6.0 and has since then been a valuable asset to the community.

Born and raised in the country, Highdrater often spent his free time watching the grass grow in his parents cornfield as a child. At the age of 12 he was finally allowed to leave the cornfield for a better life when his parents won the lottery for $5000. Highdrater went from watching the grass grow to starting a marijuana plant as he got high everyday. Eventually he made enough money to buy a computer where he fell in love with yelling at people on the internet.

Highdrater is best friends with majorG who has recently become the self-proclaimed best AOS player.

But wey all know Best friend of drater is DREX. Because he's cooking.